On the auspicious day of Vaikuntha Ekadashi, we throng to the temples to grab an opportunity to pass through the Vaikuntha Dwara. But, after passing through Vaikuntha Dwara at the northern entrance, if someone closes the door, how will you feel? Will you be gratified? For you will be in the Vaikuntha, with the Lord himself. No! Instead, you will scream out your lungs, ‘Help! I want to go back home.’ Why? Because, we think Vaikuntha is some alien space, and this world we are living in, which is full of miseries, is our real home. 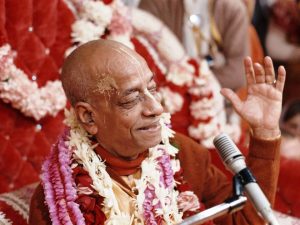 Time to chase the real Goal 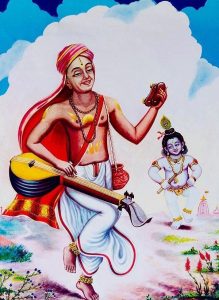 Translation – ‘There is my home and here I have come simply!’

The easiest way to achieve the Goal

There are various ways out there to achieve this real Goal of our life, i.e., Vaikuntha Consciousness. But, in other ways, it requires so much knowledge, so much nose pressing, and so many things, which we all should avoid. Why should we choose the hard path? If we have the option to take the easiest path, i.e., by becoming a Bhakta, Devotee. 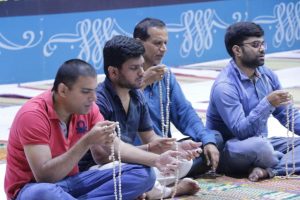 The second is to worship Krishna. mad-yājī: “You worship Me,” and the third is māṁ namaskuru, “offer obeisance.”

If we think of Krishna and if we offer obeisance and if we worship Him, these three things will make us a Bhakta. This is Krishna consciousness movement that ISKCON is teaching: chant Hare Krishna, offer obeisance unto Deity and worship.

As soon as we attain Krishna consciousness, we get immediately enlightened with Vaikuntha consciousness, and one who attains it, has no more botheration of this material world, instead, he will prepare himself for the spiritual abode of Vaikuntha. 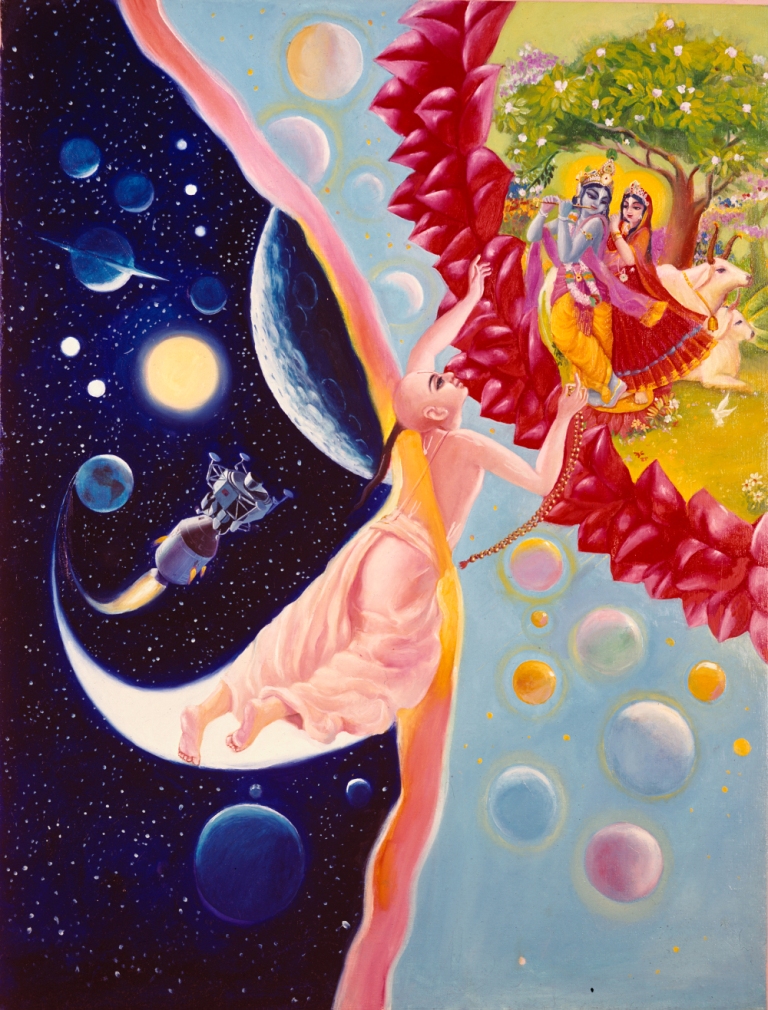 Krishna says that “You surrender unto Me, I give you protection.” He’s not a liar. He’s not inefficient. He’s strong. He’s sufficiently opulent. He can do that. So believe in Krishna’s word and surrender unto Him, and don’t spoil this human form of life. Death is sure. Before death, we must prepare to go back to home, back to Godhead. Thank you very much.”