Is Vaikuntha the Same as Svarga? 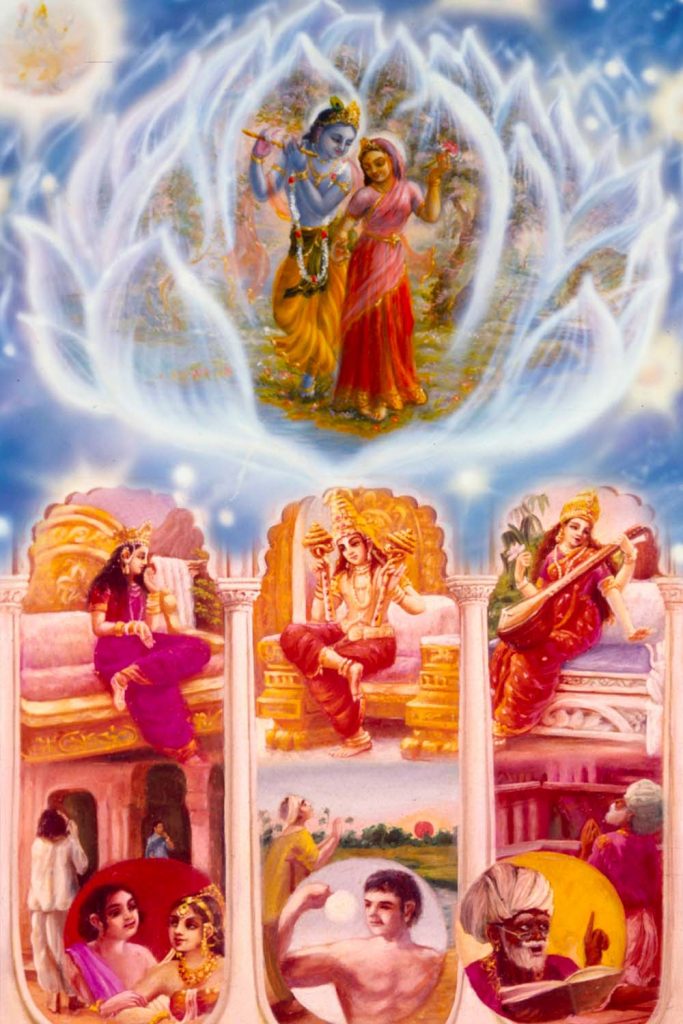 ‘Life after death’ is one of the most searched info online and elsewhere. ‘How is the after-life? What will I find there?’ are the intriguing questions for which one seeks answers.

The commonly found descriptions are fantastic and hilarious, to say the least. Those who die for the cause of God, are martyrs who are promised unimaginable rewards such as, “You will have eighty thousand servants and enjoy the pleasurable amorous company of seventy-two virgin angels in heaven.” Doesn’t this description sound more like a bachelor party at Goa than the life at eternal heaven?!

People, in general, are ignorant and they are most attached, to the fruitive activities. They only desire sense gratification and consider that as the ultimate happiness. Hence, even after death, they desire wine, women and material luxury in heaven or svarga.

Driven by this propensity to enjoy material comforts, the Vedic literature propels the living entity to make specific sacrifices to attain heavenly planets, also called svarga loka. For instance, if one has any desire to go to the moon, the sun or any other planet, one can attain the desired destination by following specific Vedic principles recommended for that purpose, such as the process technically known as darśa-paurṇamās. However, when the merit of such sacrifices are exhausted, one must descend back to earth as stated by Krishna in the Bhagavad Gita 9.21

“When they have thus enjoyed heavenly sense of pleasure, they return to this mortal planet again. Thus, through the Vedic principles, they achieve only flickering happiness.” 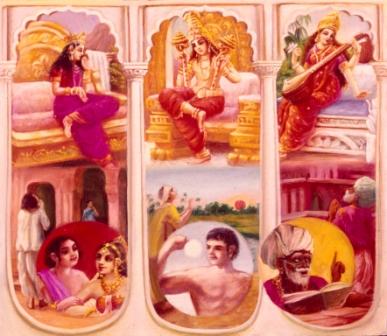 “From the highest planet in the material world down to the lowest, all are places of misery wherein repeated birth and death take place. But one who attains to My abode, O son of Kunti, never takes birth again.”

So, one has to realise that all the heavenly comforts are bodily, and with the perishing of the body, even the so-called happiness perishes too. In other words, the soul’s happiness belongs to a different category altogether, called atma-ananda! Such happiness is attainable only by attaining the spiritual world which is also called Vaikuntha loka!

How is Vaikuntha different from Svarga?

Commonly people consider Vaikuntha and Svarga to be synonymous which in their understanding a place where God/Gods, resides.

In actuality, there is a gulf of difference between the two terms as given in the table below:

Beyond the boundaries of the universe

There are billions and trillions of universes in this material creation, of which our universe is only an insignificant part. Each universe is comprised of billions of planets which are grouped under three divisions namely 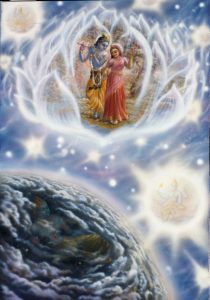 All the planets put together in all the billions of universes constitute only one-fourth of the total creation of the Lord and the remaining three-fourths is the spiritual world where Vaikuntha planets are situated.

In conclusion, our ultimate goal of life should be to go to Vaikuntha planets, not the heavenly planets. This alone can give us a permanent solution to all the miseries of material existence.

As we prepare ourselves to go back to the Vaikuntha, let’s know the amazing features of Vaikuntha planets in our next article.