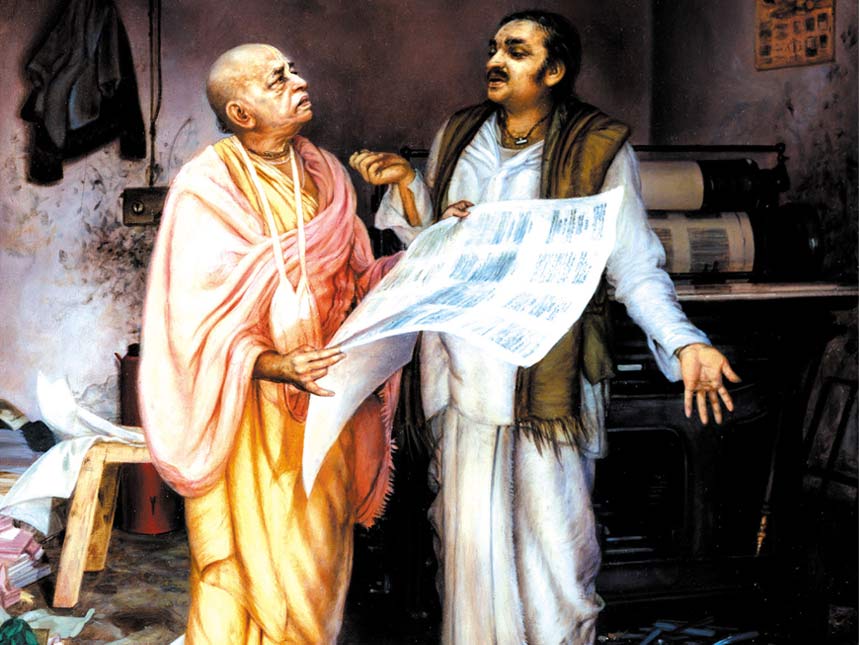 In the years that followed, Srila Prabhupada wrote a commentary on the Bhagavad-gita, continued assisting Gaudiya math in its work and in 1944, started Back to Godhead magazine. This magazine was dedicated to persuading the general public that material life was not the only reality, and that they should be preparing themselves for the real goal of life, which was to return back to the spiritual world and rejoin their original loving father, Sri Krishna. Maintaining the publication was a great struggle. Single-handedly, Srila Prabhupada wrote the material, edited it, typed the manuscripts, checked the proofs and even distributed the individual copies.

Most of the people were not interested in spiritual life. Even his wife and other family members had little or no interest in his mission. Srila Prabhupada started spending more and more time away from home trying to carry out his preaching duties. With great effort he established a center in Jhansi called The League of Devotees, but the members were not very active and later he had to close it down.

Srila Prabhupada decided to retire from family life and move to the holy land of Vrindavana, the place where Lord Krishna displayed His childhood pastimes. He lived in a very humble and austere way in the historic medieval temple of Radha Damodara. He had no income now, and thus ate little, wore old cloth and spent years in deep study and writing. He did not care for his own comforts. He collected money only to print books.  In 1959, he took sannyasa and a year later he started his work on a multi-volume annotated translation of the eighteen-thousand verse Srimad Bhagavatam. He also wrote a book Easy Journey to Other Planets. As the years passed, he formulated a plan to spread the chanting of Hare Krishna throughout the world.