Here is an article with details about the birthplace of Lord Sri Chaitanya who appeared at Sridham Mayapur over 500 years ago. 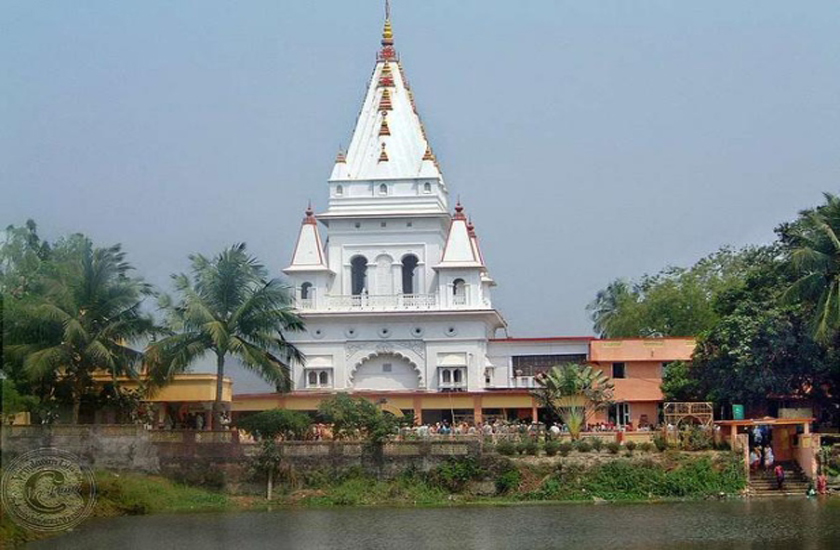 The temple at Yoga-pitha, established by Srila Bhaktivinoda Thakur

Lord Chaitanya is the teacher of the religion of transcendental love of Sri Krishna. He was born at Sridham Mayapur in the year 1486. For a long time it was believed that the real site of birth of the Lord were washed away by the river Bhagirathi. However these places were later discovered with painstaking effort by Srila Bhaktivinoda Thakura in the year 1887. In 1893, Bhaktivinoda Thakura established Yoga-pitha as the actual site of Lord Chaitanya’s appearance. He personally collected the funds to purchase this land and built a small temple here.

Extract from an article published in the magazine, Harmonist dated March 31, 1935

A great shrine, externally one of the biggest in Bengal, was opened to worship on the 20th of March by His Highness Maharaja Vira Vikrama Kisora Deva Varman Manikya Bahadura of the Tripura State, at Sridham Mayapura (old Nabadwip), on the birth-site of the Supreme Lord Sri Krishna-Chaitanya. The Temple is 125 feet high. Its donor is a merchant of Calcutta, Sriyukta Sakhi-carana Raya Bhakti-vijaya, a devoted servant of Sridhama Mayapura.

Sridham Mayapur is located 130 km from Kolkata, West Bengal. Sri Chaitanya Mahaprabhu enacted His pastimes here until He adopted the renounced order of life (sannyasa) at 24 years of age. His birthplace, known as the Yoga-pitha, is on the banks of the holy river Ganga.  After Srila Bhaktivinoda Thakura discovered this place he organized to build a beautiful temple here with the Deities of Mahaprabhu and His consorts Vishnupriya and Lakshmipriya.

There is a neem tree in the courtyard at Yoga-pitha that marks the exact spot where Chaitanya Mahaprabhu was born. There are also Deities of Mahaprabhu as a child along with His parents, Sachi-devi and Jagannatha Misra. 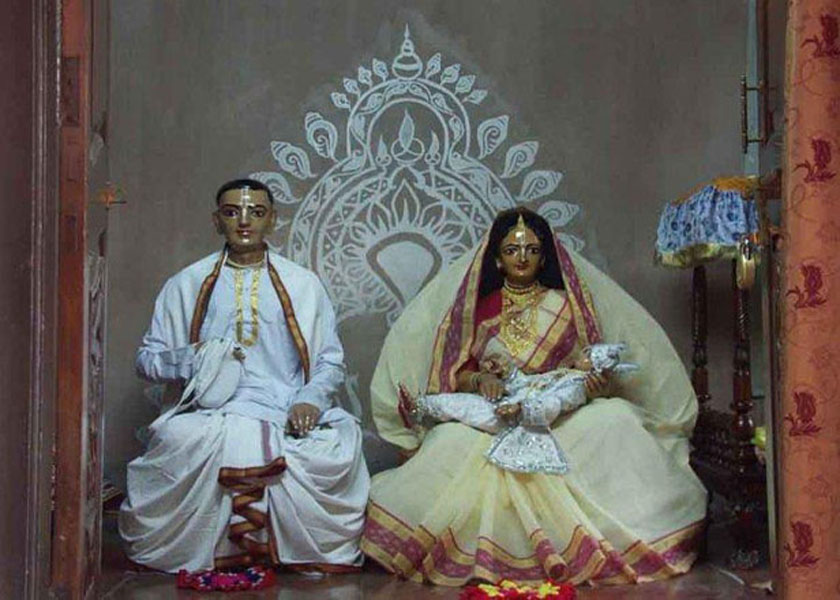 While digging the foundation for this temple, the Deity of Adhoksaja Vishnu was unearthed. This is believed to have been the household Deity of Jagannatha Misra. The Yoga-pitha temple also houses the Deities of Sri Lakshmi-Narasimha and Sri Gaura-Gadadhara.

After one enters the main gate, on the right side is a small temple where Bhaktivinoda Thakura is worshiped.

A few steps forward on the left are the main temple that has a hundred feet high tower. In the main temple on the left side altar are the Deities of Sri Sri Radha Madhava and Lord Chaitanya. On the middle altar is Gaura Narayana along with His two consorts. On His right is Lakshmipriya and on His left is Vishnupriya. There is also the Deity of Adhoksaja Vishnu which shows Lord Vishnu with His 4 arms holding the club, disc, conch shell, and lotus along with Lakshmi Devi and Bhu Devi on either side. The altar on the right has Pancha tattva and Lord Jagannatha. 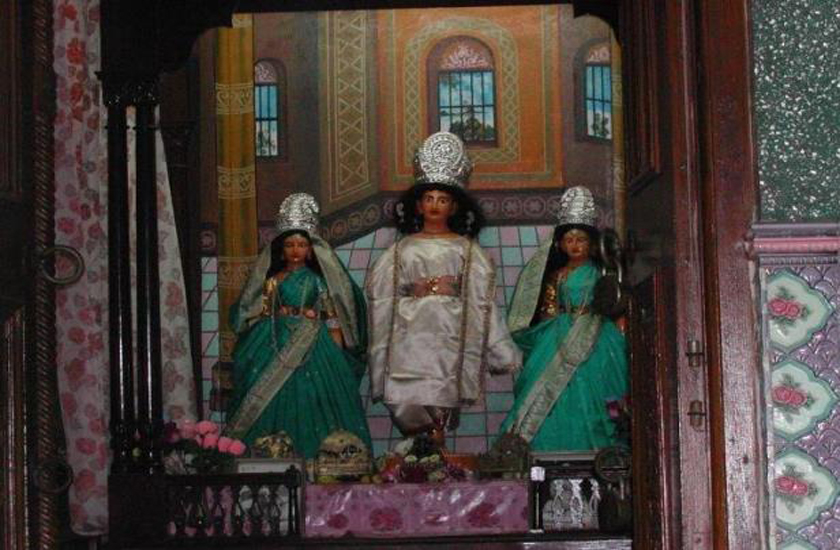 The Deities of Chaitanya Mahaprabhu flanked by His consorts, Lakshmipriya and Vishnupriya

A few feet to the right side of the main altar is the neem tree under which Lord Chaitanya appeared. Thirty feet behind this hut is a small temple with 2 Shiva Lingas. The one on the left is Gopishvara Shiva and the one on the right side is Kshetrapala Shiva, who is the guardian of the Dhama. Towards the end of the site are Deities of Gaura Gadadhara and Lakshmi Narasimha which were installed by Srila Bhaktivinoda Thakura. Gaura Kunda, which is beside the temple, has been compared to Radha Kunda and Svarna Kunda in Vrindavana. This was excavated in 1920 by Srila Bhaktisiddhanta Sarasvati Thakura. 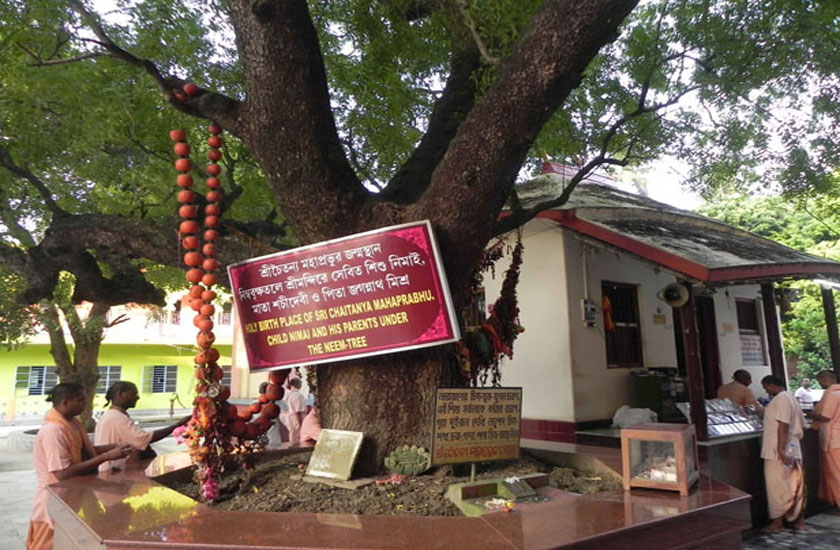 Sri Chaitanya Matha, the original headquarters of the Gaudiya Matha

Close to the Yoga-pitha is the Sri Chaitanya Matha, the original headquarters of the Gaudiya Matha founded by Srila Bhaktisiddhanta Sarasvati.

Directions: Yoga-pitha is at a distance of about one kilometer from ISKCON Mayapur on Bhaktisiddhanta Sarasvati Marg.