Ratha Yatra celebrations across the globe 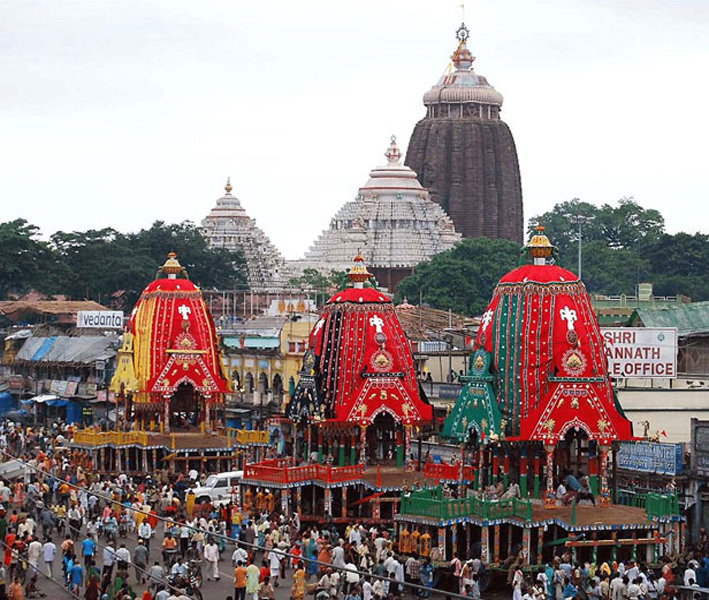 How ancient is the celebration of Ratha Yatra or Festival of the Chariots? It’s really difficult to say with certainty, but Ratha Yatra is definitely one of the world’s oldest religious festivals.  During the Ratha Yatra festival at New York in 1976, Srila Prabhupada spoke of its origins. He said that 5000 years ago Krishna, Balarama and Subhadra paid a visit to Kurukshetra on the occasion of a solar eclipse riding on Their chariots.

Once a king named Indradyumna was anxious to build a temple for Krishna, Balarama and Subhadra. He located a sculptor to sculpt the three Deities. However, the sculptor had an understanding with the king that he would work behind closed doors and neither the king nor any of his people should disturb him when the carving of the Deities is going on. Accordingly, the sculptor continued with his work. When a number of days had passed without the sculptor coming out, the king out of curiosity to find out the progress forcibly opened the door of the sculptor’s room. There he saw that the forms of the Deities were not yet finished. As the king had not kept up his word, the sculptor stopped carving the Deities and left the place. However, the king decided to worship the unfinished Deities.

Finally, we now see the Deities of Lord Jagannatha, Balabhadra and Subhadra in this form as King Indradyumna had to worship Them as They were. Thereafter, the king started construction of the temple of Jagannatha in Puri in the state of Odisha. The temple is at least 2000 years old.

During the summer of 1967, the city of San Francisco (which Srila Prabhupada called New Jagannatha Puri) saw the Western world’s 1st Ratha Yatra. Though previously many other religious heads and yogis had journeyed to the West, none of them had brought the purity and devotion of Srila Prabhupada. And none of them had the vision of Srila Prabhupada: to establish Krishna conscious culture around the world on its own terms — not watered down, but as it is. Srila Prabhupada introduced Lord Jagannatha as He is, in the original format of the ancient and glorious Festival of the Chariots. No one else had thought it possible, but Srila Prabhupada dared and was victorious.  This festival is now being conducted in the major cities of the world like San Francisco, Philadelphia, Chicago, New York, London, Paris, etc. 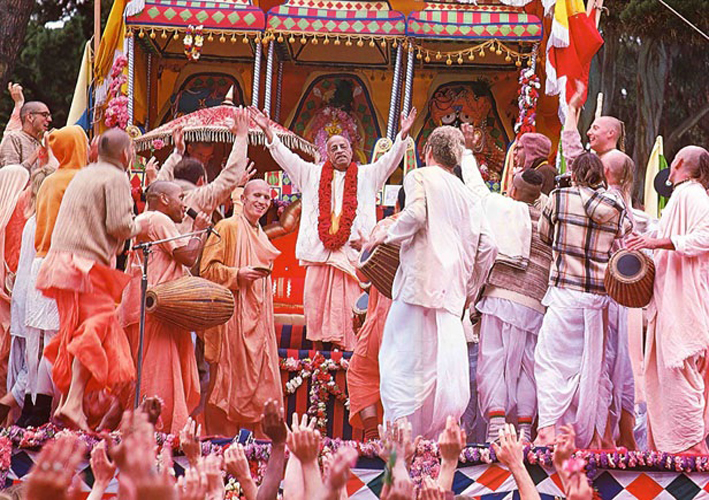 In a proclamation issued in June, 1975, Mayor Joseph L. Alioto established July 20 as “Ratha Yatra Day” in San Francisco. This proclamation from the Mayor’s office stated that “this event, held in India annually during July, is known to be one of the oldest in the history of man.”

The Ratha Yatra festivals in San Francisco, Chicago, Philadelphia, Melbourne, London, Paris and several other cities throughout the world were a big hit with the thousands who participated. In each festival, enormous chariots 40 to 50 feet high rolled along the parade route, pulled by devotees of Krishna and the public, who delighted in it. The German Town Courier described the chariot in the Philadelphia Ratha Yatra: “Its towering canopy of red and yellow fabric, ornamented with silver swans, swayed gently. Diamond-shaped mirrors on the spokes of its seven-foot wheels splintered the light. A fringe of silk pennants fluttered from its upper deck, where little children leaned over to fling handfuls of flowers to the crowd.” 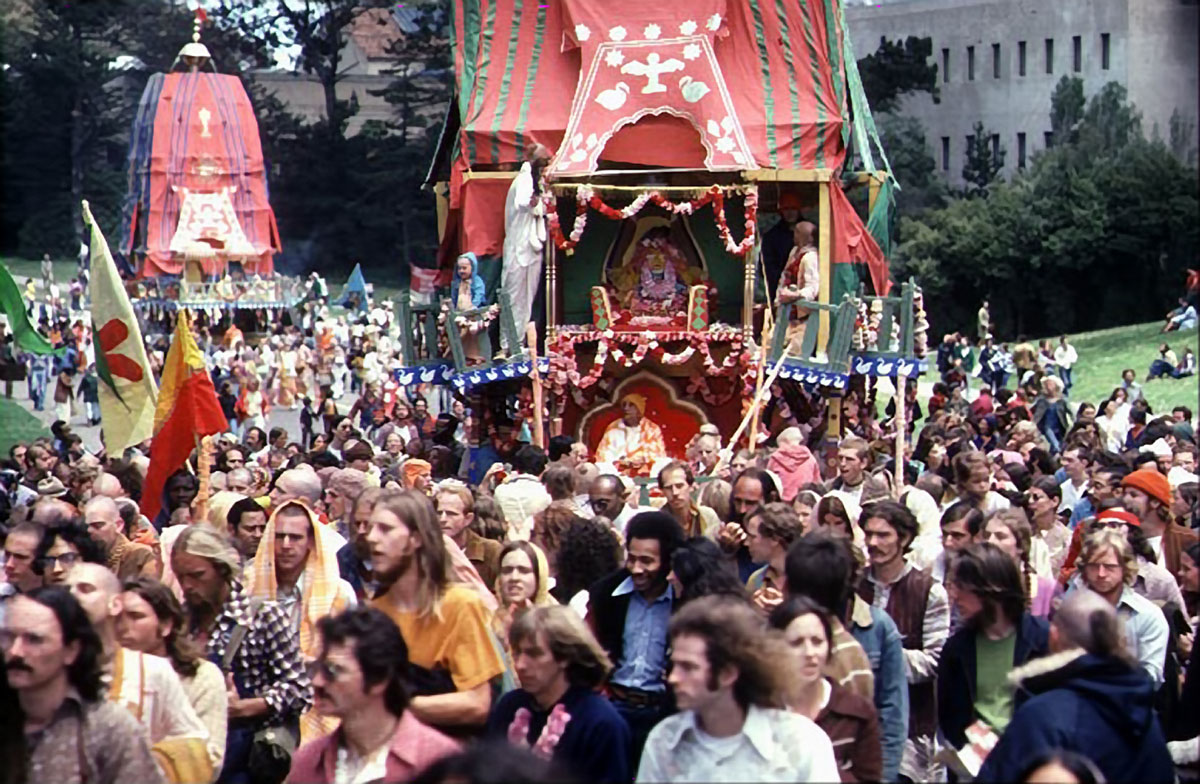 Although Ratha Yatra has been observed for thousands of years in India, it is no longer exclusive to India. Since 1966, as a result of the efforts of the International Society for Krishna Consciousness, the Ratha Yatra festival is now an international event. People of all ethnic and religious backgrounds now celebrate Ratha Yatra.  As stated in the Brahmanda Purana, “A person who sees the Lord’s Ratha Yatra festival and then stands up to receive the Lord can purge all kinds of sinful results from his self.” The Bhavishya Purana, states that: “Even if born of a low family, a person who follows the chariot when the Deities pass will surely be elevated to achieving equal affluence with Lord Vishnu.”

In 2014, in Penang, Malaysia Ratha Yatra was celebrated by the devotees of Hare Krishna Ashram, Malaysia. The Ratha Yatra began from Sri Kunj Bihari Temple, Penang Road and culminated at Penang Chinese Town Hall. A large number of devotees participated in the festival by pulling the chariot along with Sankirtan of the holy names of the Lord.

The Festival of Chariots