What can a change in our consciousness do?

Everyone is unhappy due to the illusion of – I and mine, with ‘my satisfaction’ in the centre. Srila Prabhupada shows the way out. It is the opinion of expert transcendentalists that the ultimate goal of performing all traditional good works, penances, sacrifices, charities, mystic activities, trances, etc., is to invoke My satisfaction.

One gets caught up in the illusion of – I and mine. My wife, my family, my country and one works for the satisfaction of his aham mameti. The center becomes I, aham – my satisfaction – that is the most degraded form of selfishness. Some cross those boundaries and think in terms of the world at large. People like Nelson Mandela and Mother Teresa are known for universal brotherhood. In fact acharyas like Prabhupada, cross all international boundaries and talk about the welfare of the entire creation.

If you see our lives, the center point is – my happiness. Even when we come to spiritual life it is about my pleasure. Some services give me pleasure and some services don’t. Whereas when we get spiritually advanced the center becomes Krishna. The secret is to act for the satisfaction of the Lord. Arjuna did not want to fight against his kinsmen, but when he understood that Krishna wanted the fight, he fought for the satisfaction of the Lord. We cannot be happy when the center is I, when you shift the center to Krishna, in misery or happiness, one can be happy.

That action of ours which leads us to bhakti, satisfaction of the Lord, is the highest. And all other activities are called – srama eva hi kevalam. People are engaged in various activities – accumulating wealth, properties, etc., but none of these will come with us. What goes with the soul is our spiritual credits – the actions which have invoked the satisfaction of the Lord. Therefore all the shastras say that in the human form of life we have the ability to accumulate these credits.

Srila Prabhupada has created a wonderful institution where all of us have the opportunity to engage in devotional service and accumulate those credits. To bring about the change in our consciousness from I to mine, just like you can’t learn swimming by just studying theory books, you have to get into the swimming pool.

There was once a tapasvi who was very austere, he lived under a banyan tree and whole day he was chanting the glories of the Lord. Once Narada Muni was passing by and he asked Narada Muni, since you are going to meet the Lord, can you please ask him when I will have his darshan? On meeting the Lord, Narada told him about the tapasvi. The Lord said that he will have to perform austerities for as many years as the number of leaves on the tree under which he is living. Narada Muni felt that it was unfair. He was thinking if the tapasvi asks, how I can tell him that he has to wait for so long, he will be shattered. Finally Narada reached the place of the tapasvi. So first thing the tapasvi asked – when will the Lord give darshan to me? Reluctantly Narada Muni said – the Lord said that you will have to wait for as many years as the leaves on this tree. On hearing this, the tapasvi started singing – what a wonderful fortune, the Lord is going to give darshan to me. And finally Narada saw the Lord giving darshan to him. Narada Muni was perplexed and so he asked the Lord who said – seeing his enthusiasm I came to give darshan.

Sometimes a thought can cross in our mind that the Lord knows the future, it is fixed. It is not fixed because based on how we are exercising our free will today, our future is generated. The Lord is there as paramatma in our heart and he knows how we are exercising our free will to feel, think and act. So when the Lord saw that the tapasvi is so eager in anticipation of His darshan, the Lord was moved.

So likewise, each one of us have an opportunity to demonstrate to the Lord that we are eager to please Him. In many places Prabhupada says – whether one is doing pujari service or cleaning the floor in the temple – from the perspective of the Lord, they both are same because ultimately both of them are trying to satisfy the Lord. In material estimation we do a very big service, but Lord is not satisfied, if it is backed by – I did it, ahankara, ego. 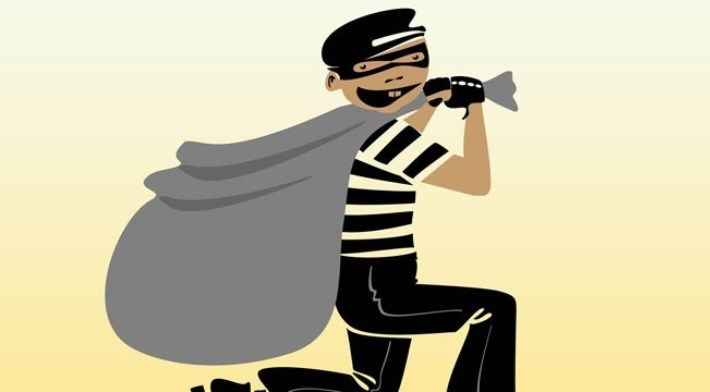 There was a big bungalow and a rich man and his wife were staying in it and in the middle of night, the Sethani woke up and she could hear someone in the adjacent room. She could not scream and the Seth was busy snoring. She was very scared, and didn’t have the courage to open her mouth. She nudged the Seth asking him to wake up as somebody had entered the house. The Seth was half-awake, drowsy, saying he would get up. She could hear the thieves collecting all their valuables from the cupboard. She again nudged her husband asking him to wake up. Finally when the thieves had all gone she shook her husband, now wake up. And then he woke up and asked, what happened. She said – The thieves have taken everything. Why didn’t you wake up? She was very angry.

This story has some similarity with our own lives. In this story, the Sethani represents the acharyas who know that a thief has entered, who know that we are getting plundered, the nudging of wake up – uttistha uttistha jago, wake up but we are – what is the hurry, time is there, still I am only 25 years old. The thieves represent the kala. Every moment is precious because in this human form of life we can accumulate spiritual credits. The wealth which kala is plundering represents the valuable human life. With every passing second, this valuable is getting plundered by kala, the acharyas are waking us up, saying – realize the importance of human life. And we are in deep sleep. So if we wake up and follow the instructions given by the acharyas we can utilize this human form of life to accumulate real assets and that is the satisfaction of the Lord.

(The above transcripts have been edited for better readability. However they have not been verified and confirmed by the original speaker.)
———————————————————————————————————————
Sri Amitasana Dasa is a full-time missionary with ISKCON since 1992. He is presently the Governing Body Commissioner – ISKCON Bangalore Group of Temples and Vice President, ISKCON Sri Radha Krishna Temple, Bengaluru.

Previous PostCow is our Mother. Bull is our Father. Next PostThe cause for varying degrees of sincerity in devotional service