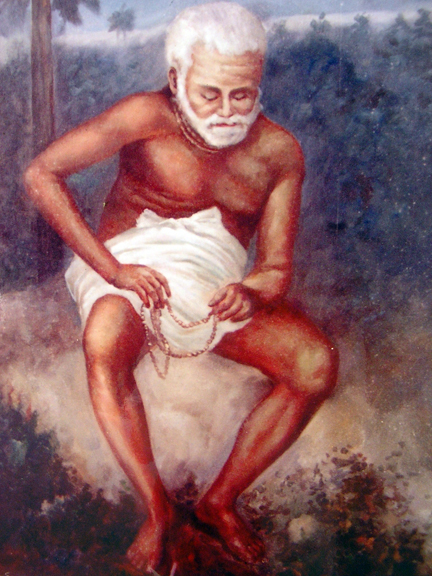 I offer my respectful obeisances to Srila Jagannatha Dasa Babaji, who is respected by entire Vaisnava community and who discovered the place where Lord Chaitanya appeared.

When Srila Bhaktivinoda Thakura’s son, Srila Bhaktisiddhanta Sarasvati, was twelve years old, Babaji Maharaja, aware of the boy’s expertise in astrology, asked him to prepare a calendar for Vaishnavas (devotees of Lord Krishna). The boy pleased Babaji Maharaja by producing the Navadvipa Panjika, a calendar of festivals and appearance and disappearance days of devotees that is still used today. Srila Jagannatha Dasa Babaji Maharaja lived for about 140 years.