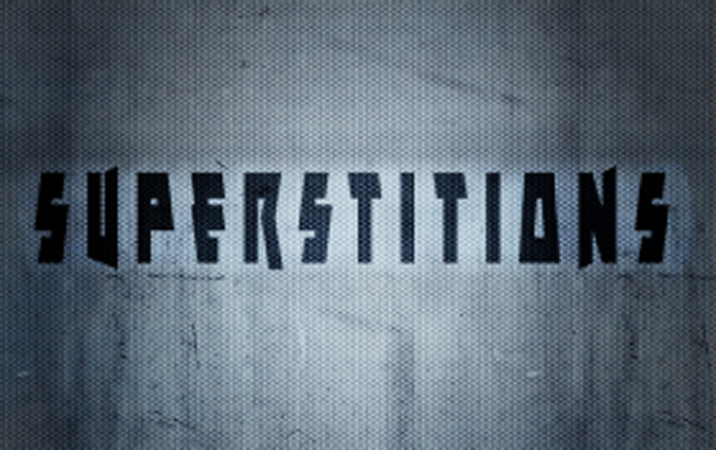 Superstitions have no valid reason or explanation to believe in them. In the name of religion there are many wide-spread superstitions; and even people with good educational background and reasoning ability are tempted to follow certain beliefs with the fear of facing bad consequences. But there are others, who claim themselves to be super-intelligent, and question everything that is religious. This is the other extreme. Religious rituals and traditional practices are not superstitions. We have to approach them with an open mind and try to understand the reason in the light of authorized scriptures. If the practice is not having its roots in these authorized scriptures then we shall reject them. Here are three widespread superstitions along with refutations to bring awareness among the readers.

Do not worship Lord Narasimha at Home

Superstition 1: If you worship Lord Narasimha at home, He will rip you apart. 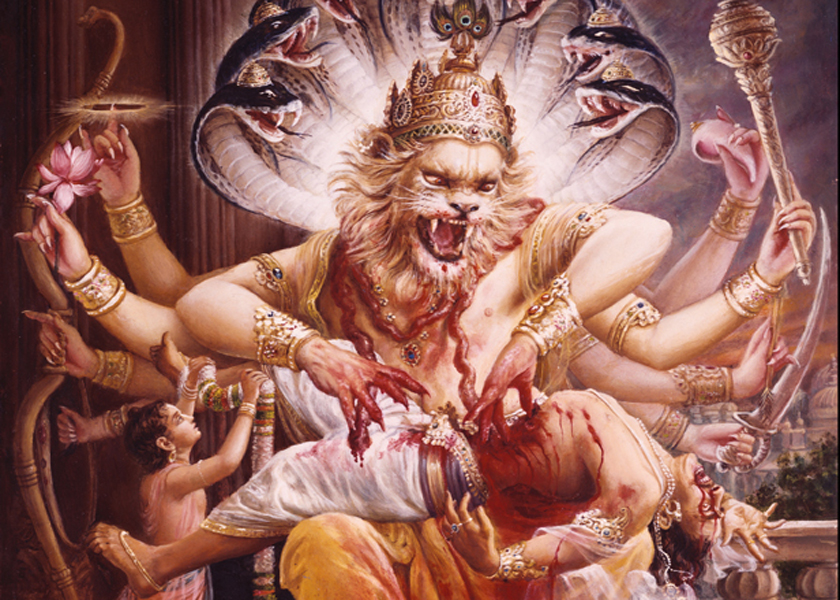 That means you identify yourself more with Hiranyakashipu than with Prahlada. Prahlada was a great devotee and Hiranyakashipu was the greatest demon who was envious of Lord Vishnu. Narasimhadeva appeared to protect His devotee and annihilate the demon.

Narasimhadeva protects us from all evil influences and He removes all the obstacles in our spiritual path. In the Brahma Samhita it is stated that Ganesha always holds the lotus feet of Lord Narasimha and thus he obtains his power to destroy all the obstacles on the path of progress in the three worlds. Narasimha is everywhere and He also resides in our heart. Devotees always worship the Supreme Lord Narasimhadeva who is also known as bhakta-vatsala.

Do not read the Mahabharata

Superstition 2: If you read the Mahabharata at home, members of the family will fight with each other. 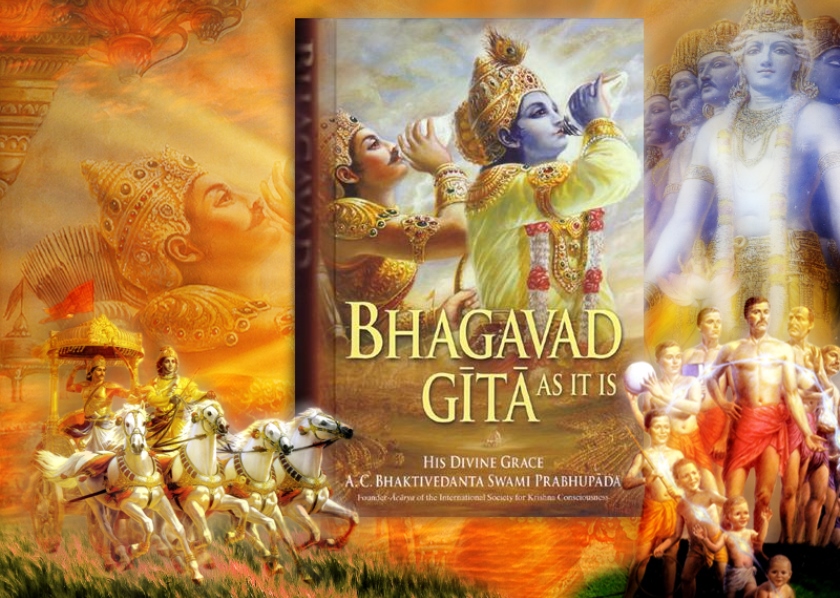 Of course, there was a fratricidal war between the members of the Kuru family to decide who was the rightful inheritor to the throne. Dhritharashtra was the eldest son, but he could not occupy the throne as he was blind from birth. So Pandu, his younger brother, became the king of Hastinapura. But he died at an early age and his sons, the five Pandavas, were very young. Dhritharashtra thought that the kingdom actually belonged to him, but he could not get it due to his blindness; and since Pandu was dead, why not his sons inherit the throne. He wanted his son, Duryodhana to become the king and supported all the attempts by Duryodhana and his party to get rid of the sons of Pandu. The Pandavas were always protected by the Supreme Lord, Sri Krishna and thus they emerged victorious in the end.

Thus Mahabharata portrays the conflict between good and evil and establishes the victory of dharma. It contains various discourses (Vidura Neeti, the instructions by Bhishmadeva, etc.) and instructive stories which teach us how to apply the Vedic principles in our day-to-day life. Hence, it is known as the fifth-veda. Bhagavad-gita, the discussion between Arjuna and Sri Krishna (Geethopadesha) on the battlefield, which captures the essence of all Vedic literatures, is also part of the Mahabharata. Those who cannot read and understand the Vedas and Upanishads can easily grasp the Vedic principles by reading the Mahabharata.

Isn’t it ridiculous to promote such a superstition and discourage people from reading this great piece of literature? If the plot of a story or a historical narration can create the same effect in our families, then we should stop reading stories or watching movies.

Do not keep the Deity of Krishna

Superstition 3: If you keep the Deity of Muralidhara Krishna or Venugopala (Krishna playing the flute), you will be doomed. He will take away all your wealth. Let us try to understand how this misconception originated.

It is unfortunate that people concluded the other way: better be attached to the material world and do not worship Lord Krishna who will free us from these material miseries.

In the Srimad-Bhagavatam, it is mentioned that everyone by all means must worship the Supreme Personality of Godhead, Sri Krishna.

A person who is full of material desires must worship the Supreme Lord to achieve his goals and objectives. Dhruva Maharaja worshiped Lord Vishnu for getting his father’s kingdom but the Lord in turn awarded him a whole planet called Dhruva loka. When poverty-stricken Sudama, a great devotee of Krishna, went to Dwaraka and visited the Lord, the Lord blessed him with great opulence. Krishna assures in the Bhagavad-gita that if one always worships Him with exclusive devotion, He supplies what he lacks and preserves what he already has.

What if a person does not have any material desires? What if he is not particular about liberation? Still he must worship the Supreme Lord. Sri Chaitanya Mahaprabhu has set the example in the following prayers: Oh Supreme Lord Sri Krishna! I have no desire to accumulate wealth, or to enjoy beautiful women. Nor do I want any number of followers. I do not desire liberation from this material world. Let me take birth again and again. But please bestow me with the opportunity to render devotional service at your lotus feet in my life, birth after birth.