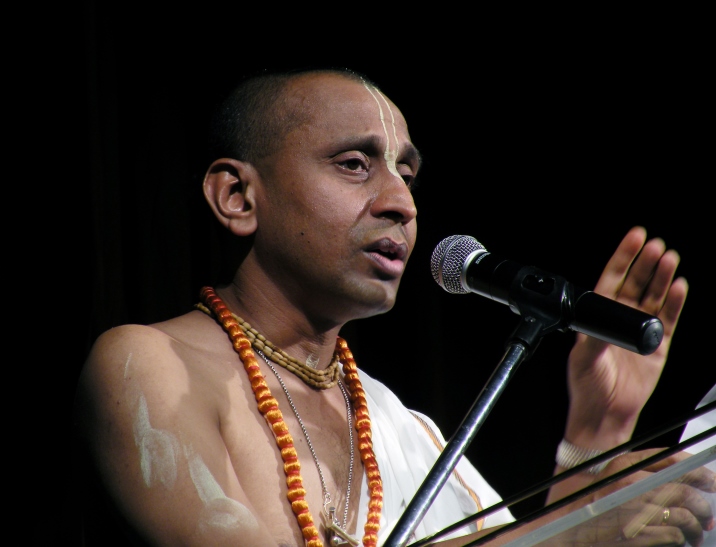 What did Srila Prabhupada do?

Let us examine these relevant quotes of Srila Prabhupada:

Here is an important point. Lord Chaitanya Mahaprabhu wanted to invent a way to capture the Mayavadis and others who did not take interest in the Krishna consciousness movement. This is the symptom of an acharya. An acharya who comes for the service of the Lord cannot be expected to conform to a stereotype, for he must find the ways and means by which Krishna consciousness may be spread. (Chaitanya Charitamrita Adi 7.33)

(2) The Acharya Knows How to Adjust Things

Prabhupada: Acharya gives direction how one can make advancement in spiritual consciousness, that is Acharya. Then?

Devotee: “Foreseeing the incompetencies of the people in this age of Kali, or the iron age of quarrel, the sages requested that Suta Gosvami give a summary of all revealed scriptures because the people of this age are condemned in every respect.”

Prabhupada: But the directions should be taken from scriptures. There are many scriptures. Just like the six Gosvamis, they would read all the scriptures and take the essence of it and give it to their disciples, “You act like this.” Because they know what to give, how to manipulate so that his ekantatah sreyas will be achieved. Ultimate goal. Therefore the Acharya knows how to adjust things, at the same time keep pace with the spiritual interest (?). That is Acharya. It is not that the same thing is to be applied everywhere. He is eager to engage actually the people in the real benefit of life, but the means may be different. Just like my Guru Maharaja. He is the first time that he allowed the sannyasis to drive in a motorcar. A sannyasi never drives in a motorcar, you see? But not for sense gratification…. This is adjustment. The Acharya knows how to adjust things. The real purpose is how one will take to spiritual consciousness or Krishna consciousness. Keeping one’s aim to that point some concession may be given. As far as possible, keeping pace with the time and circumstances. (Srimad Bhagavatam class in Auckland, Feb 20, 1973)

(3) The Role of an Acharya is to Change the Formalities According to Time, Place and Conveniences

The method of worship — chanting the mantra and preparing the forms of the Lord — is not stereotyped, nor is it exactly the same everywhere. lt is specifically mentioned in this verse that one should take consideration of the time, place and available conveniences. Our Krishna consciousness movement is going on throughout the entire world, and we also install Deities in different centres. Sometimes our Indian friends, puffed up with concocted notions, criticize, “This has not been done. That has not been done.” But they forget this instruction of Narada Muni to one of the greatest Vaishnavas, Dhruva Maharaja. One has to consider the particular time, country and conveniences. What is convenient in India may not be convenient in the Western countries. Those who are not actually in the line of acharyas, or who personally have no knowledge of how to act in the role of acharya, unnecessarily criticize the activities of the ISKCON movement in countries outside of India. The fact is that such critics cannot do anything personally to spread Krishna consciousness. If someone does go and preach, taking all risks and allowing all considerations for time and place, it might be that there are changes in the manner of worship, but that is not at all faulty according to shastra. Srimad Viraraghava Acharya, an acharya in the disciplic succession of the Ramanuja-sampradaya, has remarked in his commentary that chandalas or conditioned souls who are born in lower than shudra families, can also be initiated according to circumstances. The formalities may be slightly changed here and there to make them Vaishnavas. (Srimad Bhagavatam 4.8.54 purport)

(4) The Symptom of an Acharya is That He Gives Something Special, Something More and a Lift to the Sampradaya

Srila Prabhupada is an empowered Acharya and he gave many transcendental gifts – special and extra – all adjusted to make practice of Krishna consciousness global, simple, effective and pleasant while preserving its pristine spiritual potency.

And the list of Srila Prabhupada’s transcendental contribution to the world can be really long! A very special Acharya indeed representing the transcendental guru parampara.

Yet another extraordinary and lasting contribution that Srila Prabhupada gave in ISKCON and hence to the world is the method of initiation (diksha-vidhana) through a representative of the Acharya (ritvik). Or Initiation by the Officiating Acharya. Or the Ritvik system of Initiation. This is a contribution that is especially relevant beyond the physical manifest presence of Srila Prabhupada. The Gaudiya Vaishnava principles as taught by Srila Prabhupada and the predecessor Acharyas mandate sincere seekers of spirituality to approach a pure devotee spiritual master, a maha-bhagavata, a perfectly qualified guru as described in the Vedic literatures and take initiation from him. And regard him as-good-as-Hari. The student must give his life and soul to satisfy the spiritual master. And be confident that Krishna is satisfied.

And the process of initiation (diksha-vidhana) ordained in the institutional directive of July 9th, 1977 enables such seekers who come to ISKCON to accept Srila Prabhupada as their guru and practice the inviolable principles of Guru Tattva as mentioned above.

How did this Method of Initiation Come About in ISKCON?

By January of 1973, Krishna consciousness movement had expanded to many cities in different continents of the world. Srila Prabhupada was getting requests for as many as 20 to 30 candidates to be initiated every week. Srila Prabhupada had to chant on the beads to sanctify them and send by air mail to be handed over to the new candidates at the time of initiation. Sending the sanctified beads long distances by air mail was becoming expensive. Many times these beads were lost in transit. Owing to these reasons Srila Prabhupada delegated the chanting of the beads to his senior disciples:

“Kirtanananda will chant on the beads for new devotees in America, Canada, like that, you can chant on the beads for the European continent new disciples. They shall, of course, still be considered as my disciples, not that they shall become your disciples, but you will be empowered by me to chant their beads and that is the same effect of binding master and disciple as if I were personally chanting.” (Srila Prabhupada’s letter to Revatinandana, January 4th, 1973).

It is appropriate to recall the words of Srila Bhaktivinoda Thakura regarding the new arrangements that self-realized devotees make according to time, place and circumstances:

“Devotees of the Supreme Lord are not controlled by the scriptures since their activities are congenial to divine wisdom. Therefore, when the self-realized devotees ordain any new arrangement, this should be followed as a religious code, even if such new arrangements are not found in the scriptural dictums of the previous sages.” – Tattva-sutra by Srila Bhaktivinoda Thakura

It is sad and ironic that instead of appreciating and celebrating this transcendental gift of Srila Prabhupada to humanity in his institution, the rest of ISKCON has become engrossed in finding fault with this system. This system of initiation by the representative of the Acharya that he crafted with his transcendental intelligence makes him accessible to generations of sincere spiritual seekers.

Dear Srila Prabhupada, you have saved us of so much confusion about who is our spiritual master in ISKCON and given us the shade of your lotus feet. Please continue to bless us so that we remain always serving your mission and institution, as we do not wish to have any other business in life.