Flash mob is generally an impromptu performance wherein a group of persons assemble at one location unexpectedly – they have practically become a staple of YouTube in recent years.

When Bill Wasik, the senior editor of Harper’s Magazine arranged the world’s first flash mob at Macy’s in Manhattan on the 17th of June, 2003, he did not know that he was giving the world a new way to come together to celebrate, protest, advertise, or just express solidarity. He wanted to make fun of how anything offbeat will catch the fancy of the people, and how the media will make it a craze.

Today, a flash mob is seen as a surprise gathering of people at some place, and then breaking out into an orchestrated activity. It could be anything from a song, a dance, breaking out in applause, forming a human chain – for fun or a cause.

There was a time when MG Road and Brigade Road were the most happening places in Bengaluru. However, with today’s fast paced world and the rise of mall culture all over the city, people have made them as their weekend destinations to shop, watch cinemas or just chill out.

Chant and be happy is the catchphrase of the International Society for Krishna Consciousness (ISKCON). We often see the monks at ISKCON dancing to the Hare Krishna tunes every day in the temple. Sometimes, they do go out on the streets to encourage others also to chant and dance, in what is called sankirtan party.

The day after Krishna Janmashtami on Sept 06, 2015 the visitors to some of the malls in Bengaluru got a visual treat from a team of Hare Krishna devotees comprising of school children, college students and young IT professionals. Yes, it was a flash mob with a new twist.

This is probably the first ever flash mob by the Hare Krishna devotees with about 60 odd participants. Another interesting feature is that it was conducted as a series of performances in three popular malls of the city: Gopalan Signature, Garuda and Mantri Square.

Speaking about the event, Sri Chanchalapathi Dasa, Senior Vice President of ISKCON Bangalore said that, “these young devotees wanted to do something different, and modern. So we thought that it is a good idea that they learn to resonate kirtans with what they are comfortable with.” They danced to the song, Govinda Bolo Hari, specially created for this occasion.

One of the participants, Yuvaraja Dasa who thanked the organizers for giving him an opportunity to participate, had the following to say:

“I feel very fortunate to be part of the first ever Hare Krishna Flash Mob and that too on the appearance day of Srila Prabhupada. I really enjoyed it. The dance performance was perfect. We could have raised the tempo of the kirtan a bit early and may be that would have made it irresistible for the crowd to join us. But the time allotted was less; but still, some of them joined in and it is proof that the Sankirtan was effective.

As we know from the early disciples of Prabhupada that in the initial years of the Hare Krishna movement, the Sankirtan in public places played a major role in New York, San Francisco, London, etc. And now, we have the Hare Krishna Flash Mob which suits the present generation and we should perform many more Flash Kirtans and spread the chanting of the holy names of the Lord as recommended by Sri Chaitanya.”

Ashwini Kumar, a B. Tech. graduate said, “I always wanted to dance and give a public performance right through my childhood but never got a chance. I am glad that I took part in this flash kirtan and this was my first public performance. It was a soulful experience.”

At Mantri Square, after watching the flash sankirtan a shopper remarked, “ISKCON is doing a great job by holding such innovative programs which attract the young minds towards spirituality. Seeing the youth perform was a true visual delight.”

The performers were thrilled and so were the visitors to the mall by seeing the youngsters spreading the message of chanting and dancing to the holy names of the Lord.

ISKCON Bangalore plans to have more such innovative programs in the future and enthrall the audience. 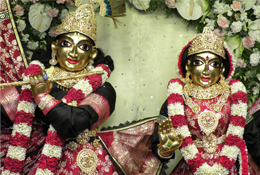 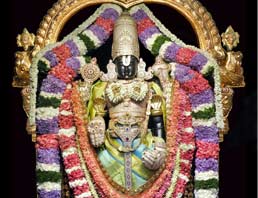