Lord Nityananda and Haridasa Thakura approach Jagai and Madhai, the two degraded brahmanas and request them to chant Hare Krishna. 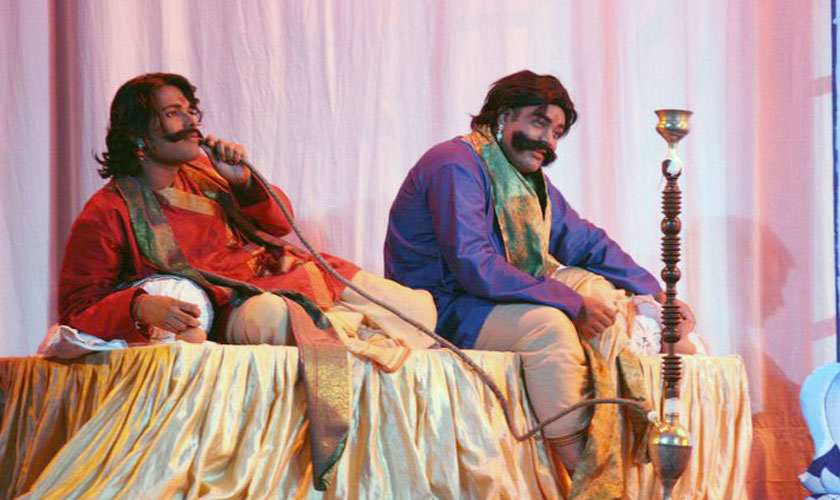 Scene 5: The house of a prostitute

Jagai and Madhai are sitting on diwans. Opposite them on another divan a woman is sitting in the midst of the tabla player & sitar player. She is singing a song that glorifies the pleasures available in this material world. Jagai and Madhai are enjoying the song.

Next to them there is an antique jug with liquor in it. They are pouring the liquor from the jugs into their glasses as and when the glasses are getting emptied.

Suddenly she hears the kirtana outside on the streets:

The prostitute’s attention gets diverted. She becomes immersed in the melodious kirtana.

Jagai and Madhai rush out of the house. Scene 6: On the street outside the house of prostitute

Mukunda pulls Lord Nityananda and Haridasa Thakura aside; Jagai and Madhai go into the house. Lord Nityananda and Haridasa Thakura go to the doorstep of the prostitute’s house.

Jagai and Madhai come out of the house

Jagai and Madhai come out with rods in their hands and try to beat whoever they can catch. But as they are drunk, they are not successful in most of their attempts. All the devotees scatter. Nityananda drags Haridasa and they leave in haste.

Jagai and Madhai chase them.

Nityananda drags Haridasa and goes away, Mukunda also runs behind them…

Jagai and Madhai enter and look around. They search for the devotees.  They decide to go in different directions to catch them. Both of them, in their search for devotees, move backwards (with their back to each other), collide with each other and mistaking that the other person is an attacker they hit each other, and fall down unconscious.

Silence for a while.  Yamaraja, Chitragupta and the Yama-kinkaras enter.  Yamaraja looks very angry.

All of them offer obeisance to Narada

Lord Chaitanya is sitting on an elevated platform in front of the house of Srivasa Pandita. Srivasa sitting next to him is reading from a book. Advaita, Gadadhara, Vasudeva and a few more devotees are listening to it with rapt attention. 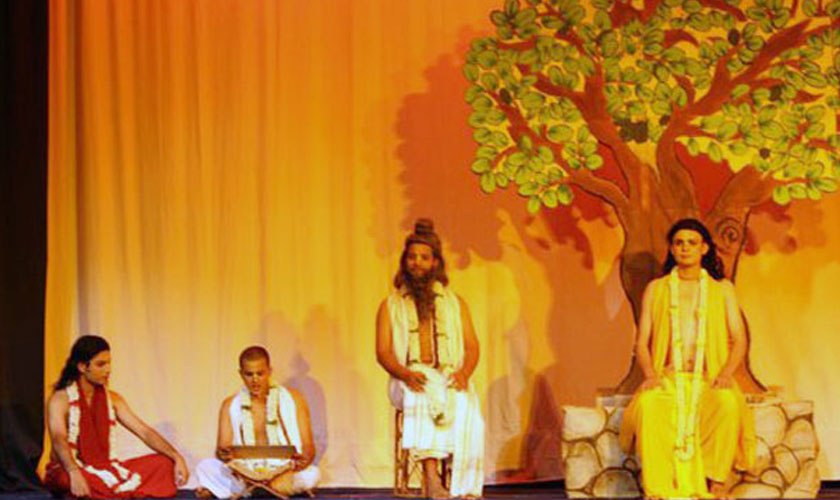 All the devotees become wonderstruck and stand up.

Lord Chaitanya recovers slightly from his ecstatic mood (as protector of Ambarisha).

The sound of Nityananda and Haridasa shouting Krishna… Krishna… (they enter gasping for breath) Behind them comes Mukunda. 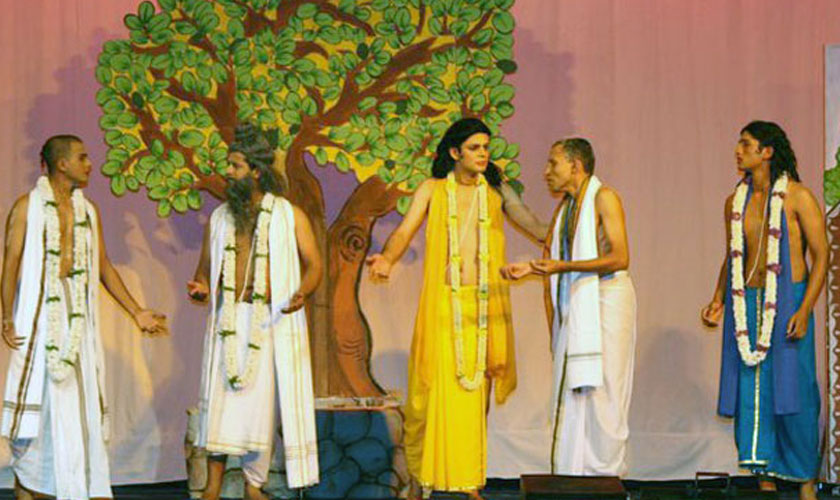 Mukunda and Vasudeva lead the kirtan. 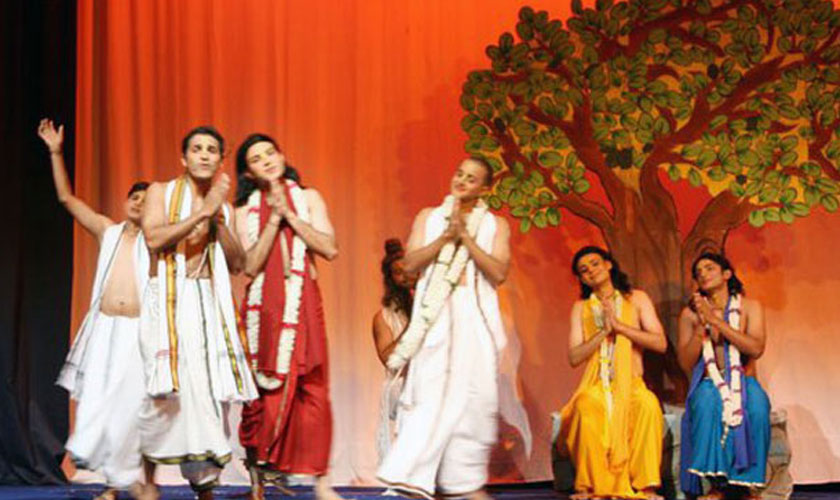